FEARLESS: How a poor Virginia seamstress took on Jim Crow,
beat the poll tax and changed her city forever is about Evelyn T.
Butts. A poor seamstress who became a forceful and courageous
voting rights champion and won a landmark U.S. Supreme
Court case that abolished the poll tax.

In FEARLESS, we see Mrs. Butts as a mother and active citizen
who works tirelessly to improve the lives of family members and
neighbors, while also joining or leading battles against
discrimination in employment, public schools, neighborhood
services and voter access. While Norfolk, Virginia, and its
environs are the backdrop for the story of Evelyn Butts’ life and
activism, there are lessons that can apply to all communities and
readers of all ages. There are always new obstacles, even in
voting rights, the poll tax was an important part of American
history that should not be forgotten because we must stay
vigilant about continued attempts at voter suppression, which
keeps coming back in new forms.

That’s why we need to continue to learn and keep the message
going from generation to generation. 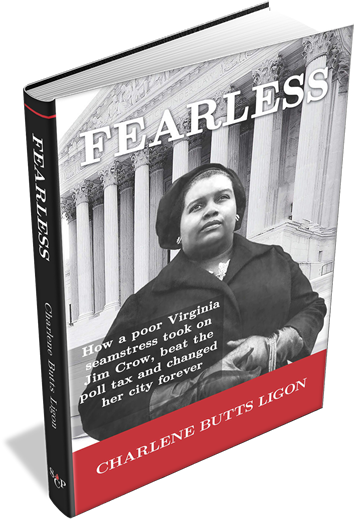